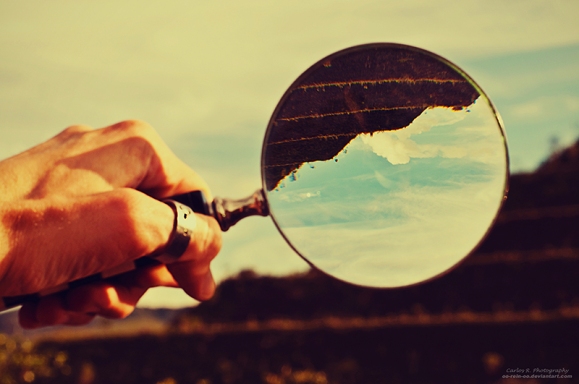 “All opinions are not equal. Some are a very great deal more robust, sophisticated and well supported in logic and argument than others.” – Douglas Adams

Contents:
1.) Introduction
2.) Leave Her Better Than You Found Her…?
3.) The Predatory Minority
4.) Take What Works, Discard What Doesn’t
5.) In Closing
6.) Relevant Reading

The red pill is not infallible, rather it is a male-centric analysis into the nature of men and women. It ignores moral considerations because morality impinges on the capacity to discover truth, but disrespect for virtuousness in pursuit of truth does not mean an unvirtuous life is being advised. It is not ruled out, but neither is it advised. It is up to you, a reader of red pill philosophy, to make that choice; the philosophy cannot make that choice for you.

Moral arguments cannot be dismissed as much as they can be rebutted, anybody can say “X is wrong” but what they really mean is “X doesn’t work for me.” I am incredibly capable of listening to entire counterarguments, I will even agree with many of an argument’s pointed critique of my views, but ultimately nine times out of ten I will still retain my stance in spite of an enhanced understanding of the opposing viewpoint. Arguments (proper debates, not Machiavellian point scoring) are a great way to learn from others, so if you enjoy listening to logic as well as learning, they’re a wholly pleasurable activity in and of themselves.

Great minds often pick holes in one another’s views, come to understand one another better, but do not change their position. To shift position, a view has to be demonstrated to be fundamentally incorrect. One’s preferences for particular kinds of conduct do not disprove a line of reasoning, they merely ignore them in favour of something intuited to be more preferable, often, that means self-serving. However, and this is important to emphasise: one man’s best move can be another man’s worst. The reason for this? Not all men have equal capabilities, and therefore, equal options conferring mutually beneficial outcomes.

This is exactly why the red pill is more a philosophy (or praxeology) than it is a movement or religion. Movements and religions confer little liberty in regard to individualist morality coexisting within their framework, they command and state in a rather absolutist manner. This provides security and well-being to the less intellectually endowed seeking comfort within reality; it allows them to feel as if they “have figured everything out” and thereby live functionally in a manner conducive to clean mental health. But naturally, to the more intellectually curious, this falls short.

This blog consists of my opinions, the matter-of-fact articulation doesn’t make any of it irrefutably infallible perfect fact.

In all things the truth lies somewhere in the middle, unless we are talking mathematics there is no “all” and there is no “never”, merely there are varying degrees of probability which measure the likelihood of a specific outcome. Generally, when we use the word “never” we mean “almost never” and by “always” we mean “almost always”, it is a by-product of ego that we often omit such clarification as we believe the fact it is ‘almost always’ or ‘almost never’ should be self-apparent. Of course, to the less knowledgeable among us, this is typically not the case.

The manospherian adage “leave her better than you found her” is not something I would expect a guy who had to endure a horrible, detached mother in childhood to listen to or respect. He will always, in his own way, be raging against women as a result of the impact his rather callous monstrosity of a mother had upon him.

His experiences leave him unable to take utility from the adage, he may scoff or be outright offended by the notion and declare it nonsensical; this is an outcome of the experience which shapes his individual morality. He’ll hear this adage and think “that’s so blue pill, if I want to face fuck barely legal girls in abandoned barns, I will.” But just because raging against women works well for him, and to accept this adage would fundamentally undermine his effectiveness, it does not mean it would work well and bolster the effectiveness of all men.

Men who are otherwise less psychologically violent raised by kinder mothers are not going to agree with the gentleman that had a terrible childhood; in reference to the adage they’ll think “that sounds good, no point making enemies unless absolutely necessary, if I leave on a positive that relationship could yield further fruit down the line.”

If I had led my whole life preying on people to great effect, and I read an article quite cogently articulating how this is undesirable, even if I agreed rationally this was wrong, emotionally I would not. Morality requires the heart to be moved in order to change. I would intellectually agree with the argument whilst simultaneously exempting myself from its conclusion. Hypocritical? Surely, but that’s what people are; they do what works for them in spite of what their intellect compels them to recognise as right.

If you have found a way to live that works for you, you can agree on principle with someone else’s views even when said views undermine how you choose to live your life. The logic can be wonderful, you can enjoy their thought process, but ultimately it is not going to change one bit how you live because how you live is what you’re comfortable with.

And this is what people who become contorted do to survive, they consciously choose predation because predation was deemed their only chance to survive. People are a reflection of their life experiences more than they’ll ever be a reflection of what they read on a blog. Of course there’s a difference between a man who does what has to be done regardless of whether he enjoys or even agrees with it, and a man who enthusiastically enjoys active predation. I believe I stated something to this effect in a previous piece, although the precise quote and essay eludes me. Nevertheless, this much is clear: what’s good for the goose is not necessarily good for the gander.

Natural dark triads are intraspecies apex predators by presence of attachment disorder and a proclivity for violence, be that physical or mental. Such individuals are a minority specifically because society would cease to function should they be a majority. Therefore it is folly to teach the ways of predators to everybody, and furthermore expect them all to transform into predators.

I specifically write about the dark triad because I believe it’s important knowledge, it is not a recommendation nor an endorsement. At no point do I give instruction, I elucidate with insight and no more. I believe in your right to knowledge no matter how seemingly distasteful or verboten it is in character, but ultimately what you do with that knowledge is your choice.

4.) Take What Works, Discard What Doesn’t:

For every person mindlessly hanging onto every word I write, there is another who rejects much, yet still appreciates the line of reasoning and way of articulation in which the words are presented. Audiences are diverse, in fact one of the men kind enough to financially support my writing informed me he disagrees with much I say – yet appreciates it enough to fund it. You have answer seekers who want you to think for them, and then you have people who simply enjoy exposing themselves to a cogent chain of thought. The disagreeable conclusion matters less when one enjoys the process in which it is reached.

I share this appreciation, for example I disagree with much popular Youtuber Stefan Molyneux says, specifically in reference to his views on virtue, women, and the use of corporal punishment, but nevertheless I still very much enjoy his reasoning process, and therefore respect him as a thinker in spite of our differences in opinion.

When it comes to the red pill or anything for that matter, you should take what works and discard what doesn’t. Realise that whenever you read something, even if its backed by scientific data that specifically supports the argument, the data used to support an argument has almost always been hand-picked with that argument in mind. Scientific studies are no more infallible than the agenda of the funding source (the study’s reason for existing) as well as how results are interpreted and applied. Science is easily corrupted or obfuscated, any funding for specific desire of outcome, or any social politics which infect academia easily undermine the neutrality, and therefore applicability of the results.

Not all opinions are equal, some are closer to truth than others, some are better thought and better articulated than others, but opinions are no more than opinions. This blog is a collection of opinions. I was once asked “how I can be so sure about what I say when not everything I say can surely be fact?”. This blog is the sum of my opinions; I am sure of what I say because I find no superior alternative, I accept my conclusions are not perfect truth in so much as they are superior albeit flawed renditions of it.

It is your duty to yourself to adopt opinions you believe and discover will benefit you, whilst respectfully disagreeing with those that are no help and outright discarding those that would hinder you. The quest for truth and the quest for happiness are mutually exclusive, rightfully as the bible asserts “for with much wisdom comes much sorrow”, and therefore if happiness is your goal, bias towards a way of being which promotes self-happiness becomes unavoidable.

Remember, you only left wonderland because wonderland failed to keep you happy. Had it kept you happy, you’d still be there. Not because you couldn’t escape if you put your mind to it, but because when a dream is enjoyable, one wishes not to open their eyes.

Amongst the discussion had by red pill readers and writers, somewhere in the middle of it all is a perfect truth in reference to the nature of women. However this truth, even if we could grasp it, is so nuanced, intangible and inconceivably complex that it defies measurement and summation. One should not search for perfect truth, because there is no such thing present within the limits of human understanding. As such, one would do well to understand that the red pill is not a perfect truth in so much as it is a sufficient one.

Realise people are shaped by the sum of their life experiences, and this in turn dictates their personal morality. It is due to the experiences of many thousands of men that the red pill has been able to uncover the threads of truth pertaining to the relationship between men and women. Truly, no one man could ever hope to develop such an advanced understanding by himself. Your application of this knowledge is a choice only you can make, use what works, discard what doesn’t, and come to your own conclusions. Toe-a-line or toe no line, the red pill doesn’t care.

The spiritual predecessor to the article pre-dating this one can be found here – I wholly recommend it. 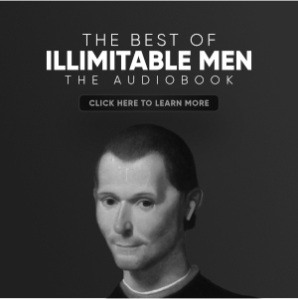 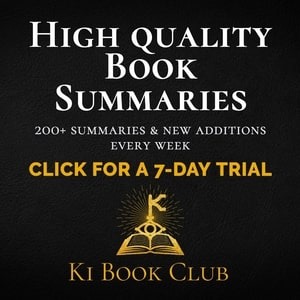